Power-system automation is the act of automatically controlling the power system via instrumentation and control devices. Substation automation refers to using data from Intelligent electronic devices (IED), control and automation capabilities within the substation, and control commands from remote users to control power-system devices.

Since full substation automation relies on substation integration, the terms are often used interchangeably. Power-system automation includes processes associated with generation and delivery of power. Monitoring and control of power delivery systems in the substation and on the pole reduce the occurrence of outages and shorten the duration of outages that do occur. The IEDs, communications protocols, and communications methods, work together as a system to perform power-system automation. The term “power system” describes the collection of devices that make up the physical systems that generate, transmit, and distribute power. The term “instrumentation and control (I&C) system” refers to the collection of devices that monitor, control, and protect the power system. Data acquisition refers to acquiring, or collecting, data. This data is collected in the form of measured analog current or voltage values or the open or closed status of contact points. Acquired data can be used locally within the device collecting it, sent to another device in a substation, or sent from the substation to one or several databases for use by operators, engineers, planners, and administration.

Computer processes and personnel supervise, or monitor, the conditions and status of the power system using this acquired data. Operators and engineers monitor the information remotely on computer displays and graphical wall displays or locally, at the device, on front-panel displays and laptop computers.

Control refers to sending command messages to a device to operate the I&C and power-system devices. Traditional supervisory control and data acquisition (SCADA) systems rely on operators to supervise the system and initiate commands from an operator console on the master computer. Field personnel can also control devices using front-panel push buttons or a laptop computer.

In addition, another task is power-system integration, which is the act of communicating data to, from, or among IEDs in the I&C system and remote users. Substation integration refers to combining data from the IED’s local to a substation so that there is a single point of contact in the substation for all of the I&C data.

Power-system automation processes rely on data acquisition; power-system supervision and power-system control all working together in a coordinated automatic fashion. The commands are generated automatically and then transmitted in the same fashion as operator initiated commands.

Hardware structure of the power-system automation

The I&C devices built using microprocessors are commonly referred to as intelligent electronic devices (IEDs). Microprocessors are single chip computers that allow the devices into which they are built to process data, accept commands, and communicate information like a computer. Automatic processes can be run in the IEDs. Some IEDs used in power-system automation are

A remote terminal unit is an IED that can be installed in a remote location, and acts as a termination point for field contacts. A dedicated pair of copper conductors is used to sense every contact and transducer value. These conductors originate at the power-system device, are installed in trenches or overhead cable trays, and are then terminated on panels within the RTU. The RTU can transfer collected data to other devices and receive data and control commands from other devices. User programmable RTUs are referred to as “smart RTUs.”

Meter is an IED that is used to create accurate measurements of power-system current, voltage, and power values. Metering values such as demand and peak are saved within the meter to create historical information about the activity of the power system.

A digital fault recorder (DFR) is an IED that records information about power-system disturbances. It is capable of storing data in a digital format when triggered by conditions detected on the power system. Harmonics, frequency, and voltage are examples of data captured by DFRs

A Programmable Logic Controller can be programmed to perform logical control. As with the RTU, a dedicated pair of copper conductors for each contact and transducer value is terminated on panels within the PLC. It is like a work-horse which work upon the command given by their master.

A protective relay is an IED designed to sense power-system disturbances and automatically perform control actions on the I&C system and the power system to protect personnel and equipment. The relay has local termination so that the copper conductors for each contact do not have to be routed to a central termination panel associated with RTU 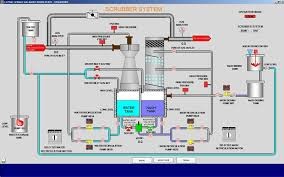